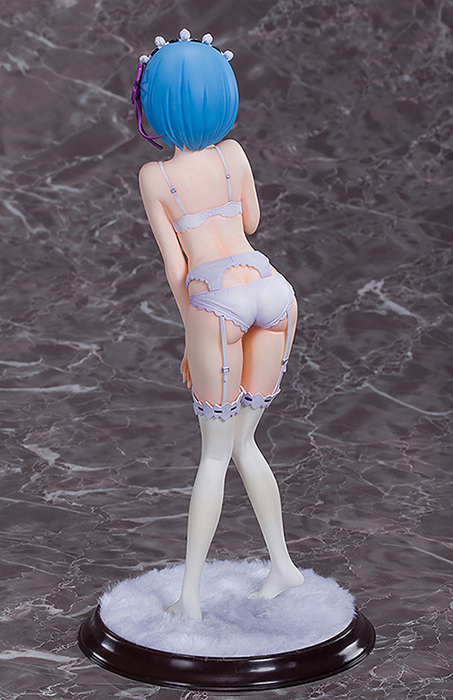 Souyokusha is releasing a brand new Rem figure. The market for Rem is pretty saturated at this point, but as they say “variety is the spice of life,” though it may not agree with your wallet. Rem is featured here wearing white lingerie based on an original illustration. 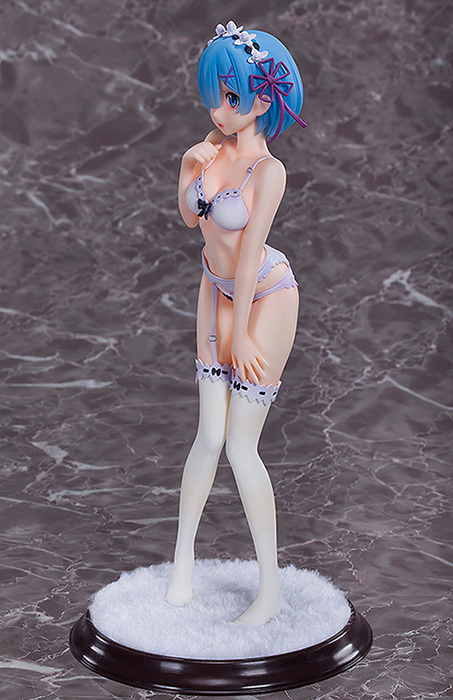 I couldn’t locate said illustration, but if I happen to find it, I’ll be sure to update it for reference. Rem is standing in a pose that shows off the well-sculpted curves of her body, she has a slightly embarrassed look on her face, and looks quite angelic in her white undergarments.

Rem is 1/7 scale or about 8.5 inches tall, and is standing on a black base with a white fuzzy topping, which is fitting for her heavenly appearance. Rem is set for a September 2018 release, but you can pre-order her here:

Be sure to check out my other Re:Zero posts, and the new Hobby Scratch amazon store! I am also selling a few Re:Zero related items on my Ebay store. 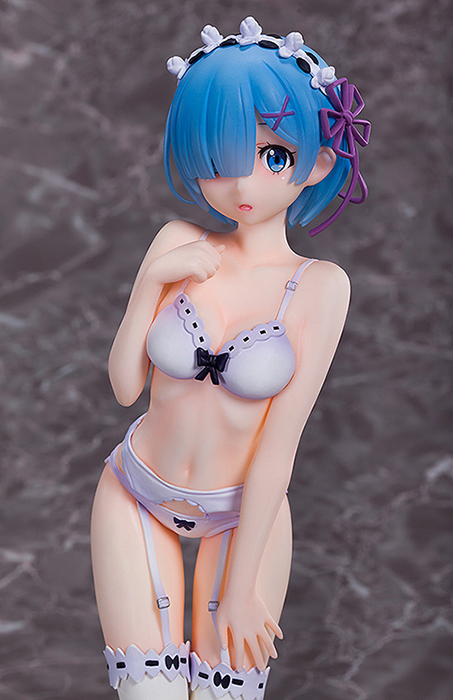