This Figuarts Zero figure from Bandai features Gogeta, the fusion of Goku and Vegeta featured in the classic movie Fusion Reborn. The statue depicts the scene in which Gogeta delivers the finishing blast to Janemba, the evil being made up of tainted souls from the afterlife. Gogeta stands about 8 inches tall and is very detailed with a broken stone base and energy flowing around his body.

Gogeta is a limited edition figure and is set for a December 2017 release. You can pre-order below: 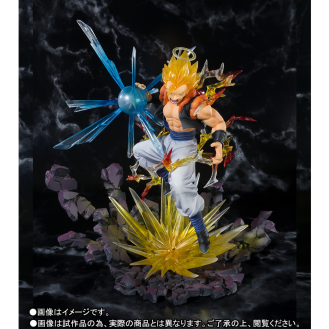 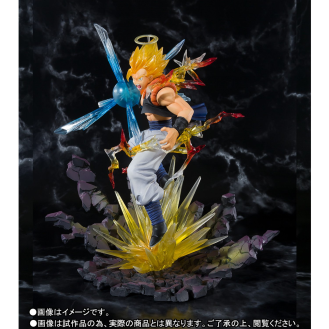