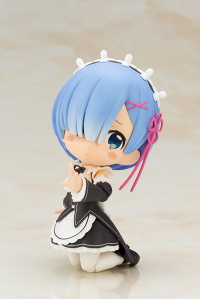 Another day, another Rem figure. Or at least that’s how it feels since the release of the wildly popular Re:Zero anime. Rem is a fan favorite who seems to have captured the hearts of fans everywhere, and there is no shortage of Rem-related goods out there to satisfy the demand. I’ve covered quite a few Re:Zero products here on Hobby Scratch, so check those out if you haven’t yet. 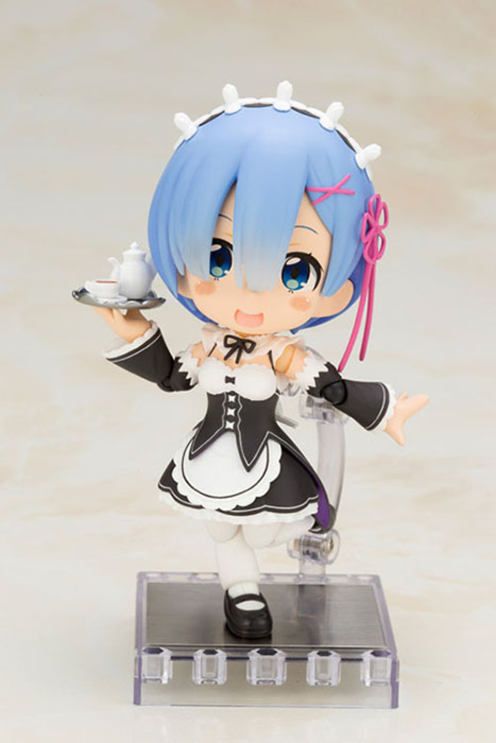 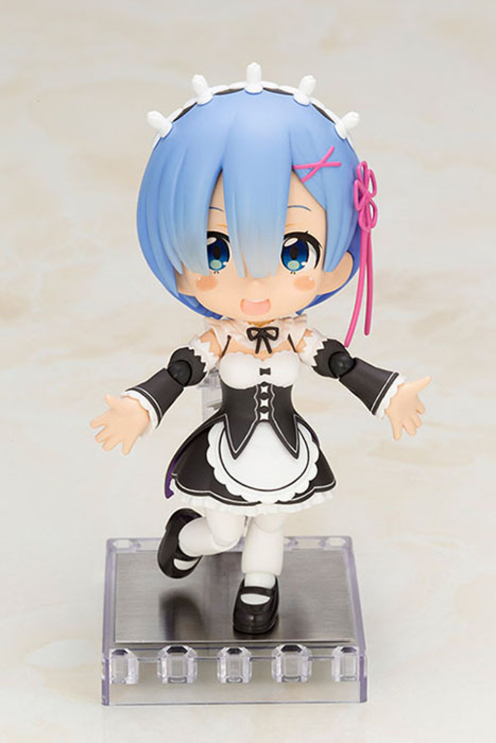 This is the Rem Co-puche figure from Kotobukiya. As you can see it is a super-deformed scale figure similar to the Rem Nendoroid, but with enough of a difference that you might want to pick this up even if you have the Nendoroid. The figure has an amazing amount of articulation for its size and features magnetized feet for extra stability. Rem also includes three optional faceplates, accessories, and a base.

One of my favorite aspects of this figure is how posable it is. She seems slightly more slender than the Nendoroid version. Rem stands about 4.5 inches tall and set for an October 2017 release. 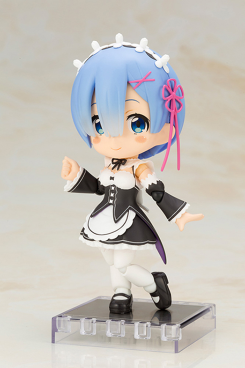 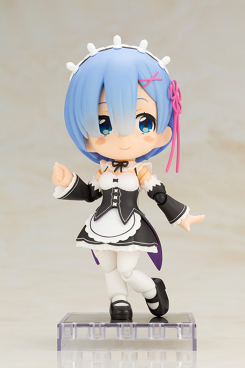 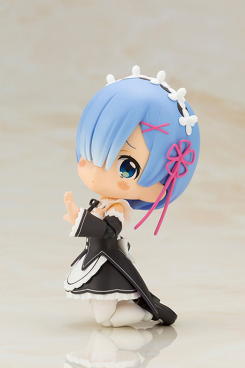 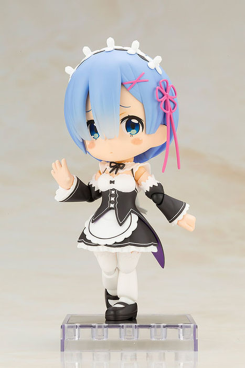 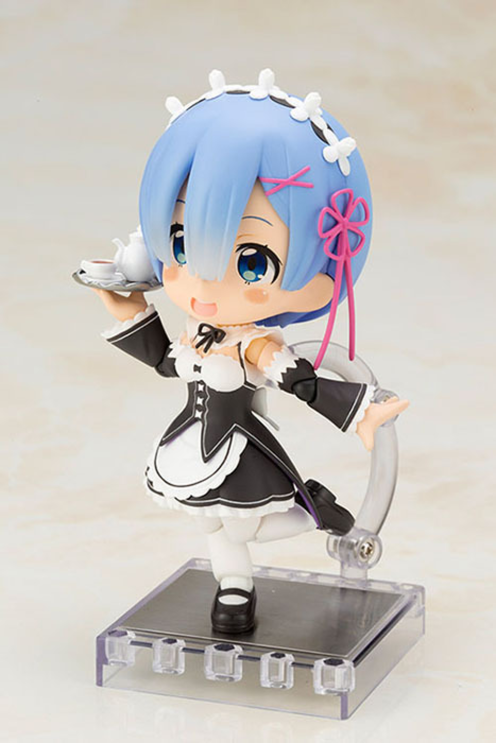 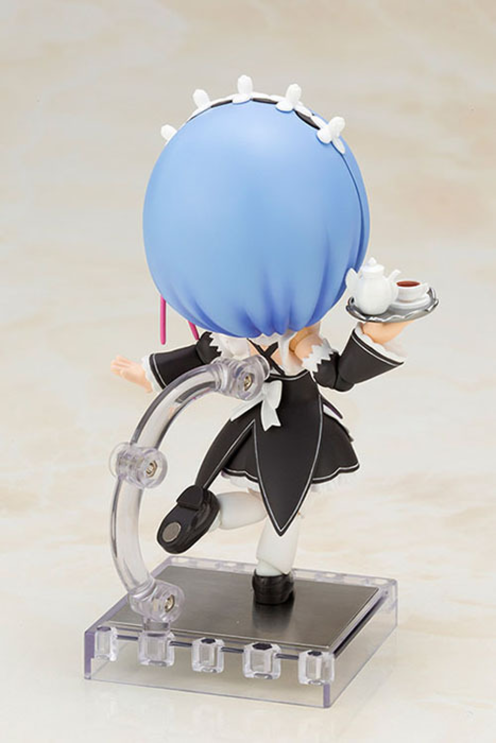