In commemoration of Final Fantasy’s 30th Anniversary (feeling old yet?) Square is releasing awesome plush toys of two of its mascots: the chocobo and moogle. Chocobos are large yellow birds that serve as transportation for your party since Final Fantasy II. In Final Fantasy VII you were able to breed and race your own Chocobos, and in Final Fantasy Tactics, you could use three different types (yellow, black, and red) in battle.

Moogles are a race of creatures with white fur, bat wings, and pom-pom on their heads that vary in appearance depending on what game they’re in, but have appeared in some capacity since Final Fantasy III with the exception of IV. Moogles have served as party members, dolls, and save points. My personal favorite Moogle is Mog from Final Fantasy VI. 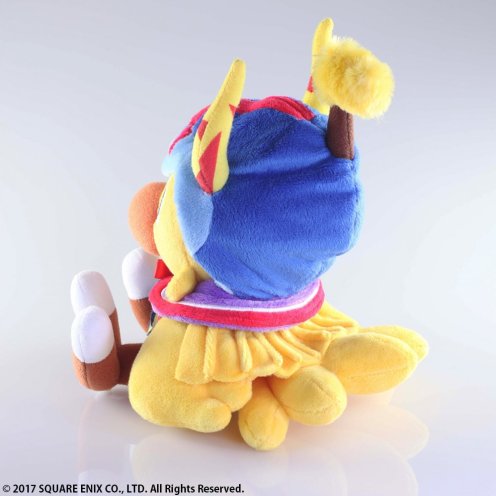 The 30th anniversary Chocobo plush is dressed as the Warrior of Light from Final Fantasy I with a shield that reads “30th Anniversary” and a removable helmet! Chocobo  is made of 100% polyester fabric with cotton stuffing and measures approximately 8 1/3-inches tall x 7-inches long x 5 1/3-inches wide.

The Moogle is dressed like an eccentric mage with flashy clothes and holds a 30th anniversary birthday cake in celebration of the series that popularized him. Moogle made of a 100% polyester with cotton stuffing and measures approximately 8 3/4-inches tall x 5 1/2-inches long x 5 1/3-inches wide.

Depending on where you order, Chocobo & Moogle will be released in August or September of 2017. These are a great gift for the long-time Final Fantasy fan in your life or to add to your personal collection. 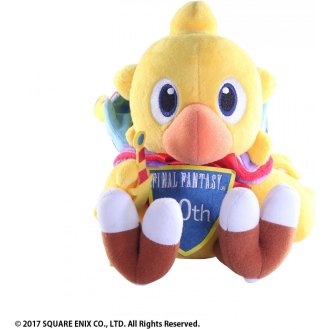 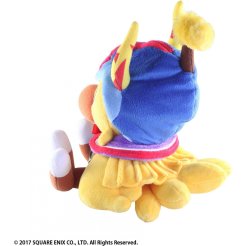 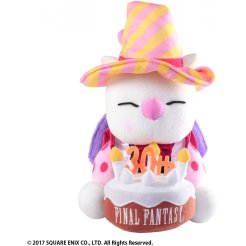