If you missed out on Nintendo’s NES Classic Mini (and many people did given how poorly the demand was met) this may be a great alternative option. Hyperkin is known for making clone systems that play retro games, but rather than the games being built-in like the NES Classic, this system lets you play your actual cartridges.

There is no emulation here, the system is a hardware clone of the original NES with some obvious improvements. First, the Retron 1 HD NES allows you to play the classics in your collection in crisp 720p. It features HD video/audio and includes a 3ft HD cable, it also includes an AV port and AV cable. It has a premium classic NES style “Cadet” controller with a 10ft cord and 6 ft. Micro USB charge cable with USB AC Adapter. There is a switch on the bottom case that gives you an option for PAL or NTSC settings and there is also a switch for 16:9 or 4:3 aspect ratios.

At a price of just $39.99, it’s a steal for a system with a lot of options and the potential for a massive library of games depending on what you have in your collection. Heck, it may even encourage you to track down some classics you’ve been missing over the years. With retro gaming becoming more popular and the systems coming down with more issues as they age, this is a great alternative to an NES.

The Hyperkin Retron 1 HD will release on May 25th!

Order it here in gray or black: 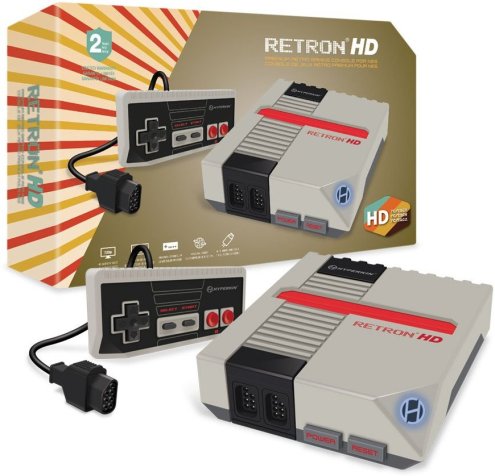 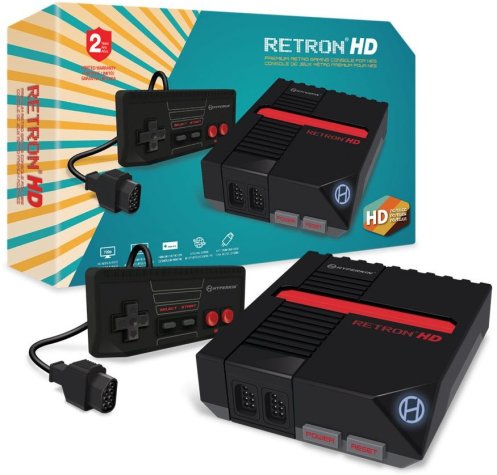