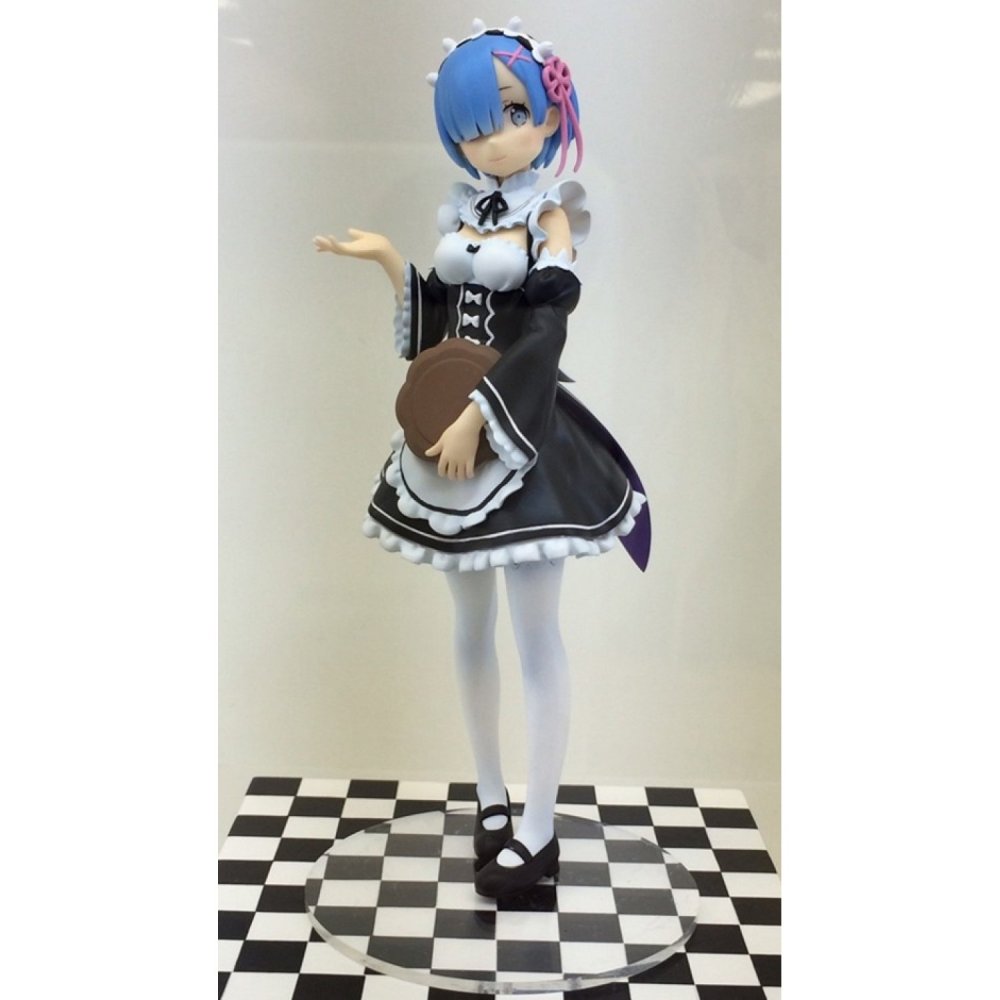 Rem has quickly become one of the most (if not the most) beloved characters in Re:Zero and I would venture to say of the anime season in general. It’s easy to see why; she’s a combination of cute, caring, and a badass demonic warrior wrapped up in an innocent little maid costume. As such, it was only a matter of time before the figures paying tribute to Rem came along. First, it was the Rem Nendoroid and now we have this more true-to-the-anime-scale prize figure from Sega.

Out of my favorite sites, Play-Asia seems to be the only one with a pre-order option so far. If I find more options later, I will definitely add them, but as of right now, hurry on over to Play-Asia and place your order if you’re interested, because the deadline is October 4th. If orders are open after that, there’s no guarantee that there will be enough stock to fill your order!