Recently, I watched the entirety of Re: Zero that has been released so far (as of this writing, that’s up to episode 18. In addition to that, I read the first novel), and let me just start off by saying I am quite impressed. I’m extremely picky about what shows I choose to watch and even more so about the ones I find enjoyable. Re: Zero may sound like a typical “boy is transported to fantasy world” story, but don’t let that stop you from giving it a chance. Besides, there’s nothing wrong with “typical”, it’s the presentation that matters, and this series has done a masterful job of presenting an interesting story, world, and characters.

The main character, Natsuki Subaru, is a shut-in who has spent much of his life idle, he doesn’t have a sense of belonging, so he lets the days pass him by without ambition. He is the embodiment of the human struggle to find one’s place in the world, and by extension, in life. This struggle is taken to a whole other level by literally placing him in a world he does not belong, when he is suddenly transported to a place out of a fantasy novel or Japanese RPG. This is something I can personally relate to. How many people feel like they don’t belong? How many people wish they could be whisked away to some land where adventure is a lifestyle and you’re surrounded by swords, magic, elves, dragons, and monsters? It’s a dream that takes us away from the sometimes very mundane aspects of ordinary life.

At first glance, the story seems to follow the usual cliches, it has the beautiful half-elf heroine, the scrappy orphan thief girl, the all-powerful witch, the dragon, cute twin sisters who are maids, a knight that is the personification of cool, but very quickly that is turned upside down as Subaru himself does not have superhuman strength or magic to solve all of his problems; he’s an ordinary human that cannot fight with no special talents to speak of. It’s a very realistic approach to a fantastic situation and I find it very refreshing to see a main character that actually has to overcome real challenges.

Some may argue that his one power (if you can call it that), “Return by Death” is basically an unlimited continue, because when Subaru dies, he restarts life again at a “save point”, and as he progresses in his adventure, this point changes (think auto-save for your life). There are a few problems with this. Return by Death is not completely understood. There is no guarantee that he can return to life an unlimited number of times, he remembers each and every horrible death he and his friends have faced, and he cannot tell anyone about it without them or himself dying.

Personally, I think this is a fate worse than death, because if Return by Death is indeed unlimited, Subaru must keep facing these tragedies over and over again until he makes it right or completely loses sanity. In the case of an infinite loop of tragedies you cannot seem to change, death would be a welcome solution. The genius of this premise is staggering. I can’t say enough good things about this show and the way it handles the emotional ramifications of grief, depression, love, and hope. It’s very inspiring and the dialogue and interactions between the characters is quite beautiful. 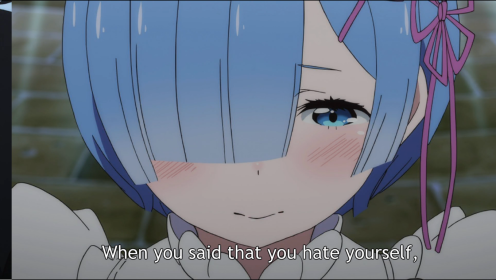 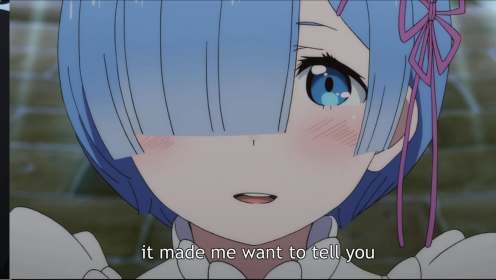 This series is dark, there’s no denying that, but there’s also a very hopeful message wrapped within all the despair. It’s a story about not giving up until you make things right, and that’s something we can all learn from.

Re: Zero has quickly become one of my favorite series of all-time, and I cannot wait to see where it goes next.

Here’s some Re: Zero light novels and manga to get you started:

Re: Zero – Starting Life In Another World Emilia Statue